The Red-Whiskered Bulbul (Pycnonotus jocosus), or Crested Bulbul , is a passerine bird found in Asia. It is a member of the Bulbul family found in Tropical Asia in most.

It has been introduced in many tropical areas of the world where populations have established themselves. It feeds on fruits and small insects. 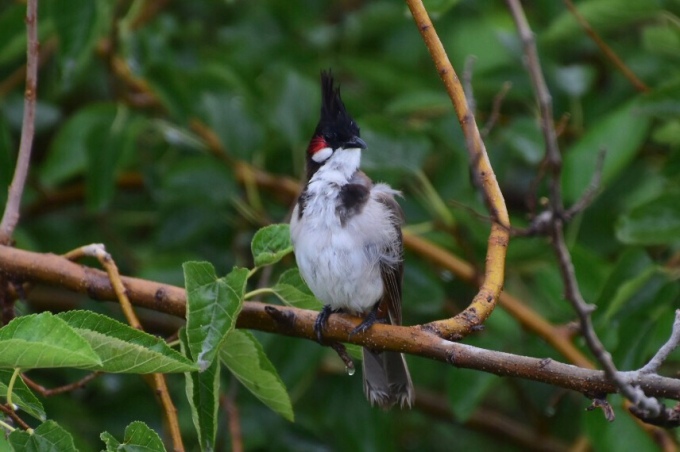 The Red-Whiskered Bulbul was originally described with the Shrikes within the genus Lanius in 1758 by Carl Linnaeus .

Hybrids have been noted in captivity with the red-vented, white-eared, white-spectacled, black-capped and Himalayan bulbuls.

Red-Whiskered Bulbuls perch conspicuously on trees and have a loud three or four note call. They are very common in hill forests and urbangardens within its range.

It is included in the list of the world’s 💯 worstinvasivealienspecies.

Just I have tried to compile a little…